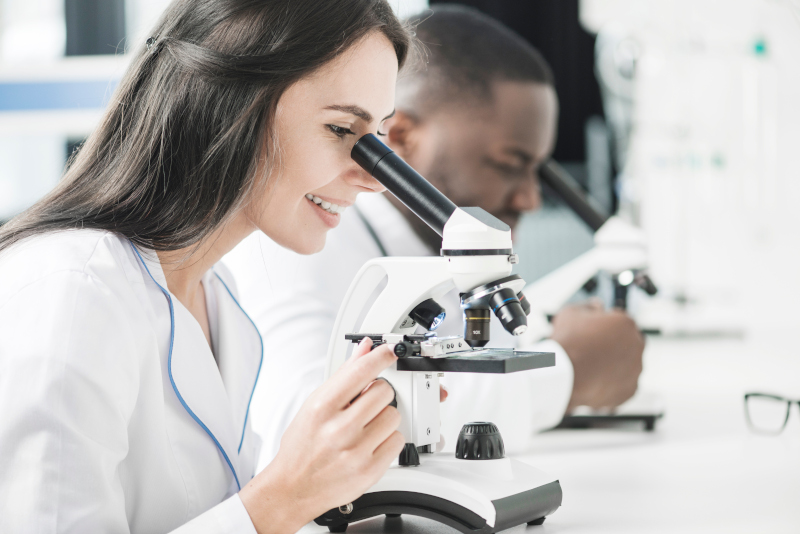 Capillaroscopy and rheumatology: how the imaging technique helps diagnose and monitor circulatory issues

Read more to find about how you can apply nailfold capillaroscopy in rheumatology.

There are many noninvasive ways to help diagnose and understand a person’s condition or illness. Nail pitting and ridges can be early warning signs of disease, iron or vitamin deficiencies. Hair loss can be due to stress, thyroid disease or a protein deficiency. People who have circulation issues may know something is wrong just by looking at their hands. If their hands are discolored, it could be a sign of a health issue, but it’s only one symptom to investigate. They may have a rheumatology or autoimmune disease. However even with an underlying disease like this, the person’s hands may look fine. Capillaroscopy can help diagnose, predict and even monitor disease, just by looking at a person’s nailbed capillaries.

Examining nailbed capillaries is not a new idea – it goes back hundreds of years. Researchers like Maurice Raynaud, whose discovered Raynaud’s phenomenon, directly linked certain medical conditions to findings observed on patients’ nailfold capillaries in the late 1800s. Fortunately, it’s getting easier to do with higher quality (and increasingly lower cost) digital imaging devices now available (capillaryscopes or microscopes for observing capillaries). Researchers are still learning how the nailbed capillaries can be a window into some disease processes. They’re trying to gain better insight into which ones and how to match the capillary appearance with specific disease processes and predictions.

What is seen on the capillaroscopy?

A capillaroscope takes pictures just below the nailbed. In the nailfold, the capillaries run parallel to the skin’s surface. In much of the skin, the capillaries run perpendicular, making them difficult to visualize properly and assess. Capillaroscopy allows the clinician to magnify and view these capillaries and their architecture. By assessing the functional and morphological changes in them, a clinician can identify potential abnormalities. The clinician looks for capillary diameter, length, morphology, density, distribution, blood flow, and microhemorrhages. A normal capillary, for example, would be shaped like a hairpin U. If a clinician instead sees numerous tortuous loops, or abnormally large capillary diameters, that could indicate a problem.

What rheumatology issues does capillaroscopy assess?

Rheumatology issues may present with vascular damage, and this can often occur before any clinical symptoms appear. For those with diagnosed systemic disease, the capillaries can indicate disease progression like organ involvement, based on the amount of capillary damage. Here are some of the rheumatology and autoimmune conditions that capillaroscopy can help with:

Capillaroscopy is used for scleroderma spectrum disorders, which may present differently depending on the disorder.

Systemic sclerosis: systemic sclerosis (SSc) is the connective tissue disease most often associated with Raynaud’s. Nailfold capillary changes were incorporated in the American College of Radiology (ACR) and European League Against Rheumatism (EULAR) SSc classification scoring systems in 2013. Capillaroscopy can show blood vessel changes sometimes even before the blood shows specific autoantibodies. Vascular issues, like those presenting in capillaroscopy, are SSc’s most common initial presenting symptoms. Clinicians can use a scale to assess the probability of someone with Raynaud’s phenomenon progressing to SSc, incorporating details like the presence of microhemorrhages, fewer capillary numbers, and the presence of giant capillary loops. Diagnosing SSc early gives the patient an opportunity to change the disease course with medications.

Dermatomyositis and polymyositis: also falling under scleroderma spectrum disorders are dermatomyositis and antisynthetase phenomenon, which are connective tissue disorders involving muscle and skin. In dermatomyositis patients, capillaroscopy might show giant capillary loops and extensive neoangiogenesis. When the disease is in remission, capillaries return to a more normal appearance. Polymyositis is another scleroderma spectrum disorder, where capillaroscopy helps with diagnosis and monitoring. Unlike with dermatomyositis, patients with polymyositis rarely have capillary abnormalities. Capillaroscopy can be used to differentiate whether the patient has one or the other disease.

Rheumatologists may want to use capillaroscopy for reasons like these:

A short training course can teach a clinician how to expertly perform capillaroscopy and identify capillary issues. However manual interpretations can be inadequate and inconsistent. For that reason, an internal medicine physician founded Capillary.io to eliminate the subjectiveness and opinion-based readings so common with capillaroscopy. Using artificial intelligence (AI), the company created a program to objectively detect and measure capillary size, identify and count normal, enlarged and mega capillaries, identify and count tortuosities, and determine capillary density.

The program provides a unique reporting feature with standardized report that can also be customized to the user’s needs. A healthcare organization or practice can create a workspace for collaborating and sharing the images and reports with each other, whether for a study, for education, or for patient consultations.

To learn more about how Capillary.io can help your practice better identify capillary issues in your patients, please start a free trial. Contact us at info@capillary.io.